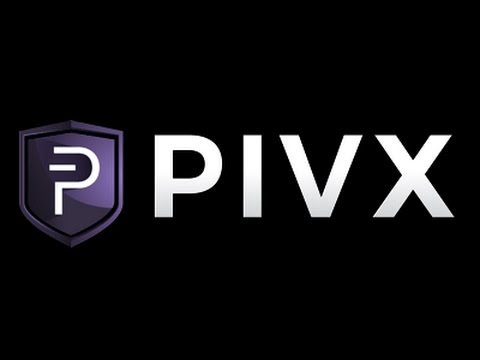 This is for the forever-forthcoming ICO book. But I figured I needed to talk about altcoins first, the previous generation of shitcoins. This is mostly from dredging early altcoin stuff on Bitcointalk.
There needs to be a bit of the end that leads from The DAO as a world-famous ICO to the 2017 crypto bubble, and ICOs booming in that. Is there anything super-relevant I've missed? In the context of ICOs as we now know them, not just altcoins. Ethereum and Ripple probably.
 The early history of ICOs
In the beginning was Bitcoin.
That’s the start for every cryptocurrency and blockchain story. Different parts are important to different people — fun and interesting technology, decentralised money, fighting the oppressive statist jackboots of taxation, sticking it to the man.
What ICOs inherit from Bitcoin is the notion of inventing your own magical Internet money — so you can get rich for free. Bitcoin was released in January 2009 as an open protocol, implemented as open source code — anyone could take a copy of it, twiddle it a bit and have a new coin. It took until April 2011 for the first “fork” of the Bitcoin code to come out — Namecoin, an attempt at a decentralised replacement for the Internet’s Domain Name Service (DNS).[1]
It was another four months until someone came up with a general altcoin, usable as a Bitcoin-style payment system — Ixcoin, on 10 August 2011.[2] The creator, “Thomas Nasakioto” — an anagram of "Satoshi Nakamoto"; he used a picture of Japanese actor Hiroyuki Sanada as his forum avatar — disappeared less than a month later, having scored about 50 bitcoins in the process. “Pretty sure it’s dead,” said one commenter. “It has served his purpose. Many people made quite a few BTC out of it.”[3]
A flood of what were rapidly labeled “altcoins” followed — i0coin, Solidcoin, RRCoin, Tenebrix, Litecoin. The Freenode Internet Relay Chat network started banning cryptocurrency servers that made automated network announcements around this time, rather than deal with what looked “like a botnet using their network.”[4]
The first Initial Coin Offering as we know it is commonly held to be Mastercoin in July 2013.[5] Mastercoin became OmniLayer — the platform for Tether. Mastercoin was the first sale of a token that ran as an application on top of another blockchain — in this case, Bitcoin: “I am VERY excited to announce that I now have a complete specification for building a protocol layer on top of bitcoin (like how HTTP runs on top of TCP/IP).”
Mastercoin didn’t use the phrase “Initial Coin Offering.” The phrase “IPO” — “Initial Public Offering,” in the manner of stock offerings for companies going public — was being used for altcoin offerings by 2014. IronBankCoin used “initial coin offering” and “ICO” by July 2014 — “The initial coin offering will be of 21% of the coin cap during the PoW (Proof of Work) stage” and “Initial Distribution of the Land (ICO info): ICO? Aren't those all scams?”[6]
Mastercoin never really took off as a token platform — that didn’t come until Ethereum made tokens easy to set up in 2015, and The DAO got press worldwide in 2016 by showing just how much money an ICO could pull in. Even as The DAO proceeded to lose $50 million to a hacker five days after launch.

Merged mining is coming..can MtRed be one of the first pools to support it?

First, if you're not familiar with merged mining, here's some information:


The major goal of this change - proposed by vinced - is to use one miner to mine (at least) two blockchains. For that reason you'll have one parent blockchain and at least one auxiliary blockchain. As the most common usage of merged mining will be merging the mining of bitcoin/namecoin we'll assume bitcoin as parent blockchain and namecoin as auxiliary.


The block the Namecoin client will perform the merged mining change to has been decided as 24,000, which means that we should see it take effect within 2-3 months from now.
The potential is pretty significant, and I think a good deal of hashing power is going to switch over to whichever pools support merged mining at the outset, since you'd be doubling your income (with current difficulties and exchange rates for BTC and NMC).
Unfortunately, while the bitcoind has been patched to support it, pushpoold still doesn't have support (but presumably will soon). The big change will probably be with the UI.
Is this something other users are interested in? Also, RedditorRex, is this something you're looking into at this point, and do you have any comment on it? Thanks. :)

I'll get straight to the point. This recent bad luck has been draining the buffer pretty hard. I'm not sure if it is just normal 'Bad' luck, or if it's a problem with the Bip16 patches. Mainly the vinced mm patch.
A month ago, when the voting for Bip16 was going on, I was working with Gavin, testing his patches, but they where throwing errors on some solved shares.
I've been watching the logs live for the past week, and haven't seen any errors but still not exactly sure If I trust the patches. I've decided to temporarily disable Merged Mining (So no Namecoin mining) to run against the latest bitcoind. Your nmc balance will still be there, payouts will still work.
After the outage last month, I've convinced our host to give us 2 months rent free. This is a small burden off the server costs but won't last forever. If you can spare a few bitcoin, any little bit helps, it would be most appreciated.
As Always Thanks, RR

asking for your input on updating the namecoin client to be in line with the bitcoin client release numbers?

Bitcoin is a great example in which public addresses are decentralized and secure but nowhere near human-meaningful. Namecoin solves this trilemma. As a fork, it includes the security and decentralization of Bitcoin while providing an additional layer to allow human-readable names on the network. Vince's tree - see namecoin/namecoin for main integration tree - vinced/namecoin What Is Namecoin? At its core, Namecoin is a domain name registry service and was the primary coin to fork Bitcoin.Similar to registering a .com or .io area identify, you register a .bit area on the community. This area is censorship-resistant and impervious to exercise monitoring. Namecoin is a fork of Bitcoin, and therefore Namecoin (like Bitcoin) supports a wide variety of smart contract schemes, including the ability for a transaction to have an arbitrary number of outputs (thereby making multiple payments atomically). Because Namecoin represents names as transaction outputs, it is naturally possible to atomically transfer a name in combination with a currency ... Not only was Namecoin the first Bitcoin fork, but it was also the first cryptocurrency to implement merged mining. With merged mining, you mine both Bitcoin and Namecoin simultaneously. In this relationship, Namecoin benefits from Bitcoin’s dominant hash power while still getting to operate on its own blockchain. The Namecoin developers attempt to keep the codebase as similar to the Bitcoin ...

bitcoin mining are bitcoins worth it how to do bitcoin mining mining rig mining farm earn money online Roi Payouts tutorial. Category Travel & Events; Show more Show less. Loading... Autoplay When ... Bitcoin is starting to become old-fashioned as it requires a lot of electricity, while PI coins are completely eco-friendly. Pi Network uses the Proof-of-Work algorithm without high electricity costs. This video is unavailable. Watch Queue Queue Top 4 Real Free Bitcoin Cloud Mining Site 2019 Earn Daily 100$ Live Payment Proof - Duration: 10:53. Tech yousafzai 112,944 views hello my name is Earl Dixon They call me the Bitcoin Man I am a digital currency consultant/Educator I give free training once a week on how to buy bitcoin. You can call me at 919 530 8022 to get o...